Welcome to GEORGE LEITENBERGER’S website: For reasons of convenience this site is partially in English, partially in German. Feel free to browse and contact us directly via info AT georgeleitenberger.com should you have any queries, like to book a show or wish to buy CDs or T-shirts etc. You won’t find a shop though…it’s all direct and personal, no middle-man, no “business-shite”, no bullshit.

MUSIC SAMPLES WILL BE UPLOADED SOON-ISH, WE ARE STILL STRUGGLING TO GET THIS WEBSITE UP TO DATE AFTER SOME NASTY HACKING.

George Leitenberger & Co. have been playing together since 2011, presenting tri-lingual song-based programmes in Germany, Switzerland and France. The band also recorded the “staggering”  AUTOVÍA– album in 2016 which received outstanding revues and a nomination for the German Record Critics’ Award. You’ll find youtube-links in the concerts-section.

The AUTOVÍA-band from left to right:

The two singer/songwriters have been playing together since 2013 and as a duo performed many shows in Germany, Switzerland and France. In 2018 they released their critically acclaimed first record RAW LOVE  which won a nomination for the German Record Critics Award in 2019. 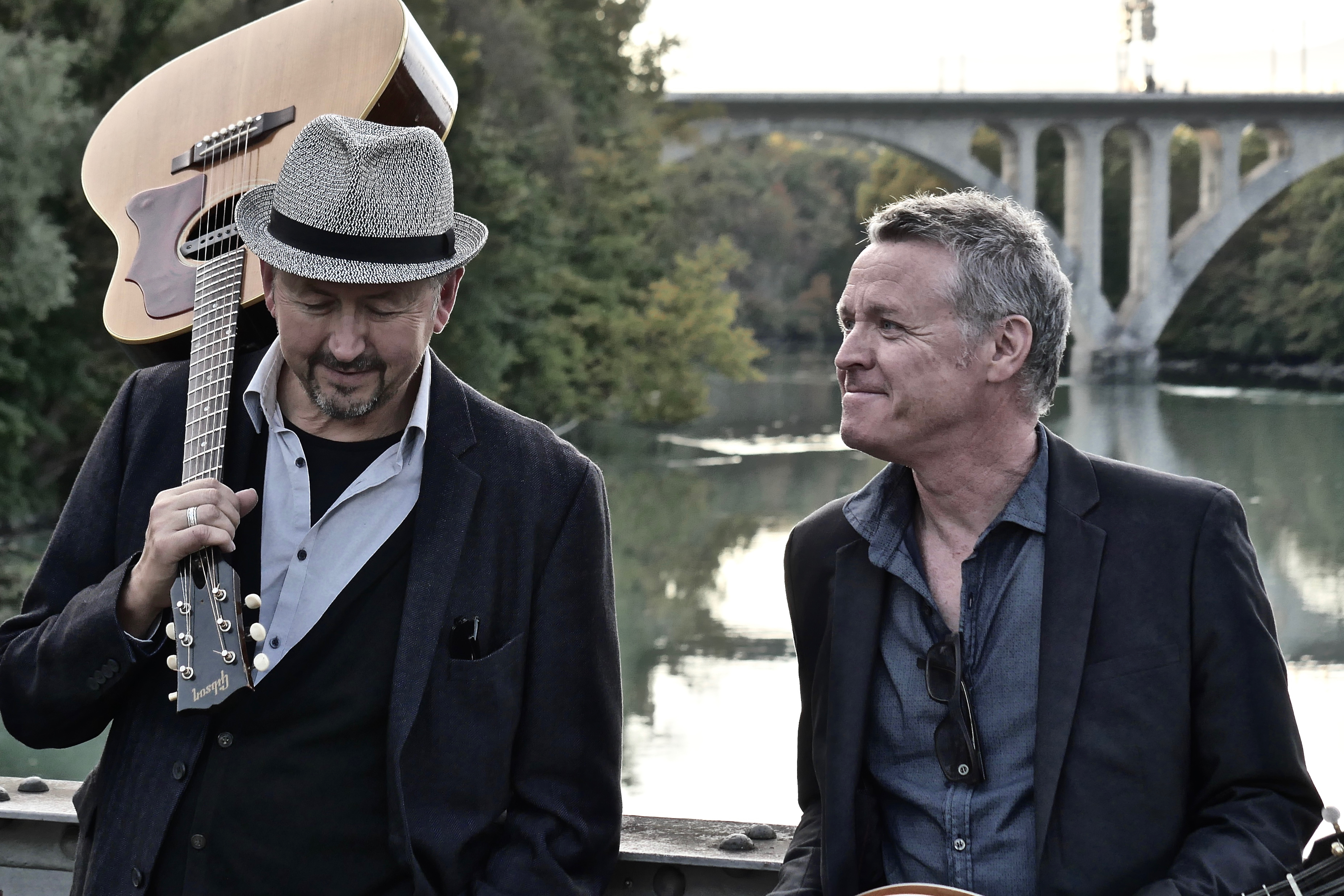 George Leitenberger has been writing, performing and recording since the late Seventies. He’s lived and worked in  countries like Germany,  England, Switzerland and France and performed in many more.